Origins of the Club: a brief outline

On 26 May 1903 four men met together over dinner at the Garrick Club in London to celebrate the bicentenary of the death of Samuel Pepys. They were Henry B. Wheatly, Assistant Secretary to the Royal Society of Arts and editor of the 1890’s edition of the Diary published by G. Ball & Sons; Sir Frederick Bridge, organist of Westminster Abbey, composer and author of Samuel Pepys, Lover of Musick; Sir D’Arcy Power, surgeon and author of The Medical History of Mr and Mrs Samuel Pepys published in 1895 in The Lancet; and George Whale, solicitor, bibliophile, Fellow of the Royal Historical Society and member of the Folklore Society.

They resolved to found a club to honour the memory of Pepys, to dine annually, and to hold meetings to mark anniversaries of Pepysian interest at which they would hear readings from the Diary, listen to music of his era and give papers on various aspects of his life.

The response of admirers of Pepys was enthusiastic, and the first dinner was held on 1st December 1903 at Clothworkers Hall, in memory of Pepys’s Mastership of the Company in 1677-8. They listened to music arranged by Sir Frederick Bridge, and one of the Diary quotations read was: ‘To Clothworkers’ Hall to dinner. Our entertainment very good, a brave hall, good company and very good music’ (29 June 1660)

Henry B. Wheatley was elected the Club’s first President with his brother Benjamin acting as Secretary and Sir D’Arcy Power as Treasurer. Fifty years later, the Club established an executive committee comprising four officers, eight elected members and several ex-officio members. Membership at that time was limited to 70 to reflect the age at which Pepys died.

Since 1985, our President has been John Montagu, 11th Earl of Sandwich and direct descendant of Pepys’s cousin and patron, the 1st Earl.

The Annual Dinner is held in a prestigious City of London venue or at Magdalene College Cambridge. It features a distinguished guest speaker, live period music and (biennially) the presentation of the Samuel Pepys Award.

The Annual Lecture is given by a distinguished guest speaker. These have been Dr Richard Chartres Bishop of London (2017); Rowan Williams, Lord Williams of Oystermouth, Master of Magdalene College and former Archbishop of Canterbury (2018); Claire Tomalin, author of Samuel Pepys: The Unequalled Self, winner of the Whitbread Book of the Year and the Samuel Pepys Award (2019); Admiral the Rt Hon Lord West of Spithead (2020).

The Pepys Commemoration Service held each year at St Olave’s Hart St (Pepys’s church) is led by the Club’s Chaplain and features an Address by a guest speaker. During the service, wreaths are laid upon the Samuel Pepys memorial stone and beneath the marble bust of his wife Elizabeth.

The Annual General Meeting held in January, includes a talk given by a member of the Club.

In addition, the Club aims to offer a varied programme of informal events and excursions throughout the year. Recent examples include visits to Christ’s Hospital, Horsham; Pepys’s House, Brampton, on the Hinchingbrooke Estate; Chatham Historic Dockyard; Hoare’s Bank, and guided walks around Spitalfields and Clapham where Pepys spent his final years.

Membership has now been increased to 140 UK members plus up to 20 overseas members, along with several Honorary ex-officio members, chosen because they hold offices that were held by Pepys himself or were closely associated with his life. These are:

The High Master of St Paul’s School (Pepys attended 1645-50);
The Master of Magdalene College Cambridge (Pepys attended 1650-54);
The Pepys Librarian (Pepys bequeathed his Library to the college);
The 2nd Permanent Under-Secretary of State for Defence (Pepys was a Navy Board officer);
The Rector of St Olave, Hart Street (where Pepys worshiped and is buried);
The Treasurer of Christ’s Hospital (Pepys was Governor, Treasurer, then Vice President (1676 – 1703);
The Deputy Master of the Corporation of Trinity House (Pepys was sworn Younger Brother, 1662, Elder Brother, 1672, became a Warden,1675, and twice served as Master);
The Master of the Worshipful Company of Clothworkers (Pepys was Master 1677-8);
The President of the Royal Society (Pepys was elected fellow in 1665, and President 1684-6);
The Chairman of C. Hoare & Co (Pepys’s bank) 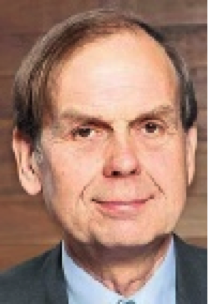 President the Earl Of Sandwich 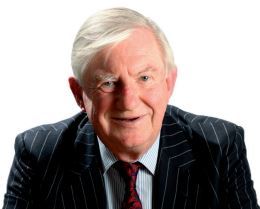 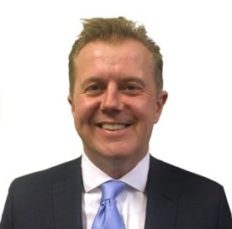 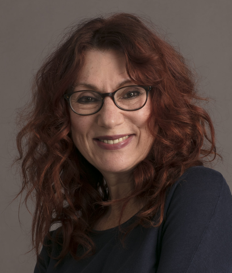