A short history of Pepys’ life

His early life was as the son of a relatively poor tailor who had to ply his trade outside of the city’s walls as he not a city man. Born in 1601 John Pepys, Sam’s father was from the Fenland where that branch of the Pepys family had existed as reeves and rent collectors for 2.5 centuries. Doubtless for some curious reason the young John Pepys decided that the life on the fens was not for him and appears to struck out for London where after a 4 year apprenticeship he sets up as a tailor, but as an outsider is not admitted to the guild of master tailors so perforce has to ply his trade outside the city proper. After 8 years he marries a former “wash maid” Margaret Kite a Londoner of whom little is known, save that her brother was a Whitechapel butcher. She bore him 11 children, not all of which, as common for the time, survived, but the 5th, born 23 Feb 1633, in Salisbury Court in the City of London named Samuel grew and prospered. He was baptised in St.Bride’s church, next door to his birth place

Sam was educated first at Huntingdon Grammar School (also attended by Cromwell and Edward Montagu as pupils at one time), St.Paul’s School and Magdalene College Cambridge, Sam first acquired a position as a clerk in the Exchequer. He then married Elizabeth daughter of a Huguenot, Alexander Marchant, Sieur de St. Michel, in 1655 at St. Margaret’s Westminster. The marriage was not that happy in the early years but was much improved in 1658 when he moved to a house in Axe Yard, off King Street, near to the palace of Whitehall upon entering the service of his second cousin, Sir Edward Montague, later created first Earl of Sandwich.

Due to the Earl’s good offices in June 1660 Sam was appointed Clerk of the Acts to the Navy Board. He very soon became its most active member. Over the next 28 years he rose in importance becoming, by 1688, when he resigned his office, the most senior civilian in charge of the Royal Navy. He died in May 1703 at the age of 70.

Elizabeth, died after a short illness in November 1669 aged 29. He never remarried.

During his life he achieved distinction in a wide variety of ways, holding at times the offices of Justice of the Peace (JP), Member of Parliament (MP), Fellow of the Royal Society in which he rose to be its President , in the year in which Newton published his Philosophiæ Naturalis Principia Mathematica. He was also a Baron of the Cinque Ports, in which role he carried one of the four poles holding the canopy over the head of King James II as he walked in his Coronation Procession. He was Master of the Clothworkers’ Company, Master of Trinity House, the body responsible for maintaining lighthouses and in the 17C responsible for Pilotage in the Port of London and several other ports. After retirement he became Treasurer of Christ’s Hospital, which exists to the present day but was then in the City of London, where he had significant involvement,.

Both Sam and Elizabeth are buried in the Navy Office church, St. Olaves Hart Street, close to the Tower of London, where their memorials may be seen. 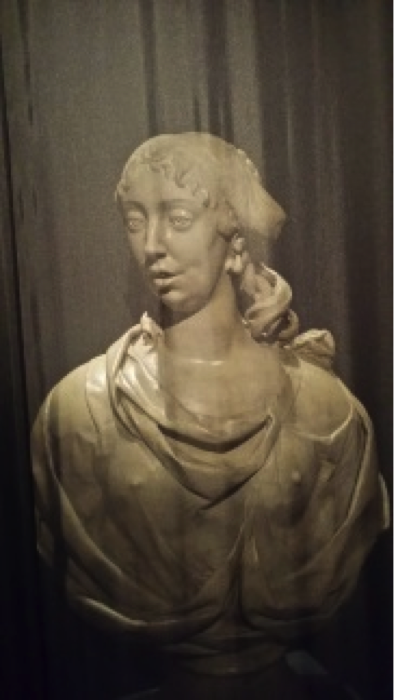